E-Bikes – Everything you need to know. 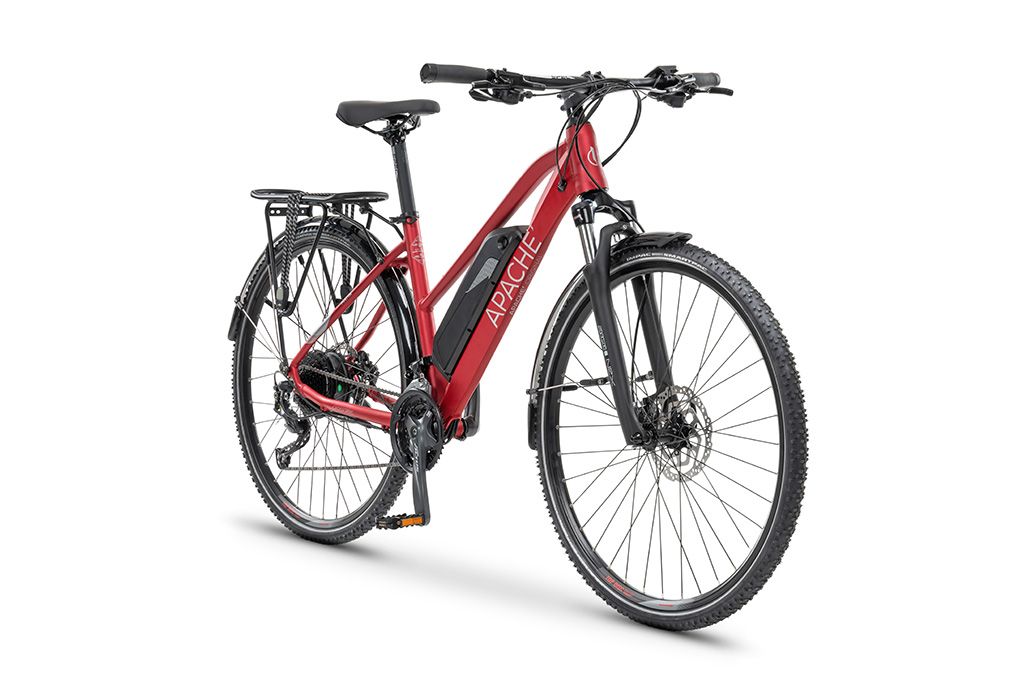 In this article, an attempt will be made to codify the basic features of electric bicycles.

First of all, when we use the term “electric bicycle”, it must be made clear that we are referring to a bicycle. It is a bicycle with an engine, which is powered by electricity and is used to assist the rider. So it is a bicycle and not a motorbike.

Electric bicycles fall into two broad categories in terms of their marketability:

A) Factory electric bicycles. They are the ones we procure directly from the stores and do not require any additional energy from us. The best and most expensive of them, have usually been studied in terms of the frame of the bike but also a set of features that make them aesthetic and functional – e.g. battery integrated in the frame- complete. The cheaper ones do not have such a provision but they are more affordable in our pocket.

B) Ordinary bicycles that we convert into electric ones. This is the category that we will deal with in more detail in this text. These are bicycles that are converted with ready-made kits into electric ones. This makes the electric drive more affordable, because on the one hand we can already have a bicycle and on the other hand the market of kits has now matured in terms of prices and quality, so that they are very competitive. The suitability or not of a bicycle for such a conversion is a more multifaceted issue which is proposed to be checked by the competent professional.

In terms of mode of operation and transmission, they are divided into two major categories and some subcategories:

1) With wheel motor. This category is by far the largest set of kits on the market, because they are mainly the most economical. They consist of an engine on the front or rear wheel, a battery, a controller, a speed sensor and a panel on the steering wheel, sometimes with a manual throttle. The mode of operation is relatively simple: The speed sensor detects the number of revolutions of the pedal (the speed at which the pedal arms rotate) and rotates the engine accordingly. Obviously, the more we “spin”, the faster the motor will move. The disadvantage here – or even an advantage for some as it makes it very relaxing – is that the engine does not “know” how much effort we put in but only the rotations of our feet. Thus e.g. we could rotate the pedals “in the air” without even a chain and the engine running. In other words, we can choose a very light relationship on our bike and move quite fast while our legs just rotate finding very little resistance. Of course if we want to work out and feel like we are also cycling, we choose a heavier relationship and we have to make more effort for the same pedal turns. In terms of engine types, they are divided into brushed, brushless, geared and gearless.

– Brushed and brushless means motor with or without brushes respectively. The former are considered older technology due to less autonomy and lifespan and have now disappeared.

– Geared and gearless means with or without gears. Here we mean a gear that is located inside the motor and acts as a gear unit. Geared motors achieve a reduction ratio of 5: 1 to 4: 1 usually through internal gears. That is, for 5 rotations of the engine (in the 1st case), we have a rotation of the wheel and so on. This results in multi-speed motors that guarantee more torque on the wheel (suitable for uphills) and smoother movement. Gearless motors, on the other hand, have a more “explosive” feel and are found mainly in compositions with many watts. Externally they are distinguished by size. The geared have much smaller engines than the corresponding gearless.

In general, wheel center kits are recommended for most beginners who are looking for a reliable and relaxing solution to put the bike in combination with the electric drive in their life. Indicative cost 450 euros and above, along with the battery. 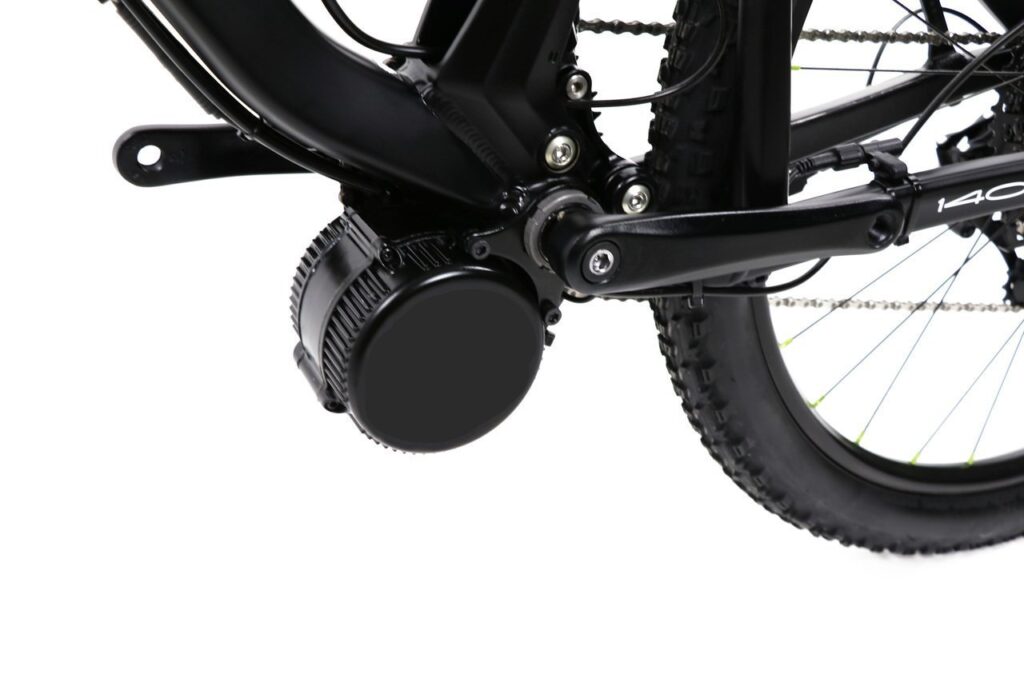 2) With medium friction motor. Most expensive factory bicycles are equipped with such motors. They consist of the same parts as all electric bikes, except that the engine is placed under the middle friction and transmits the drive to the rear wheel via the chain. The main advantage of these kits is that – as long as the relevant sensor is included – the engine rotates more, the more force we exert on the pedals and not the number of revolutions on the pedal. The result is a much smoother feel than wheel motors and more uphill torque. In addition the bike is better weighed since the center of gravity is close to the center of the bike. The main disadvantage is the strict requirement of a well-regulated bicycle but also of a quality chain, since the transmission system is under severe stress and must work perfectly.

They are especially recommended for mountain use, due to increased torque and center of gravity. Indicative cost 650 euros or more, along with the battery.

Batteries Electric bicycle batteries are a key issue, as they determine the autonomy, lifespan and performance of the kit.

Now the lead batteries have been practically removed and we find only lithium batteries.

Their capacitance is usually measured in Wh-meters or in volts and amperes, which are combined as follows, by a simple rule of electricity: V (volts) x Ah (amperes) = Wh (watts). That is, a 36V and 10.4Ah battery delivers 36×10.4 = 374.4 Wh. Obviously the price varies depending on the capacity and quality of the battery.

It is very important to choose good batteries, branded manufacturers as they ensure better performance and greater durability over time. The cost of a good 36V battery starts at around 300 euros.

– European legislation imposes a speed limit for the use of electric bicycles with the assistance of the engine at 25km / h, a 250w motor and the absence of manual gas. However, many kits on the market are much more powerful, so their use is only allowed off-road.

– In motorized bicycles on the wheel, the choice of front or rear wheel, as well as the position of the battery, totally differentiates the behavior of the bicycle.

– The selection of the appropriate kit (engine in combination with the appropriate battery), depending on our requirements, the type of bike and our budget as well as its correct placement, is a multidimensional problem for which it is recommended to turn to a specialized professional .

– The question “how many kilometers does this bike travel with one charge?” has no serious answer. The autonomy of a particular electric bike depends on the weight of the rider, the inclinations of his rides, the intensity with which he pedals, the assistance program he has chosen, the tire pressure, the air resistance, etc. It is clear that there is no one-size-fits-all answer to this since conditions are constantly changing.

admin
0
Tags :
ebikes
We use cookies on our website to give you the most relevant experience by remembering your preferences and repeat visits. By clicking “Accept All”, you consent to the use of ALL the cookies. However, you may visit "Cookie Settings" to provide a controlled consent.
Cookie SettingsAccept All
Manage consent

This website uses cookies to improve your experience while you navigate through the website. Out of these, the cookies that are categorized as necessary are stored on your browser as they are essential for the working of basic functionalities of the website. We also use third-party cookies that help us analyze and understand how you use this website. These cookies will be stored in your browser only with your consent. You also have the option to opt-out of these cookies. But opting out of some of these cookies may affect your browsing experience.
Necessary Always Enabled
Necessary cookies are absolutely essential for the website to function properly. These cookies ensure basic functionalities and security features of the website, anonymously.
Functional
Functional cookies help to perform certain functionalities like sharing the content of the website on social media platforms, collect feedbacks, and other third-party features.
Performance
Performance cookies are used to understand and analyze the key performance indexes of the website which helps in delivering a better user experience for the visitors.
Analytics
Analytical cookies are used to understand how visitors interact with the website. These cookies help provide information on metrics the number of visitors, bounce rate, traffic source, etc.
Advertisement
Advertisement cookies are used to provide visitors with relevant ads and marketing campaigns. These cookies track visitors across websites and collect information to provide customized ads.
Others
Other uncategorized cookies are those that are being analyzed and have not been classified into a category as yet.
SAVE & ACCEPT